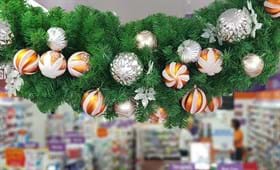 Welcome to the December edition of the Gunn and McConville newsletter!

Apologies for the delay in communications.  As you read the newsletter you will find we have had a busy second half of the year.  However, all the more reason to keep you up to date!  We won't leave it so long next time!

At Gunn & McConville we have always embraced technology when it helps us to be better pharmacists. For this reason we have used automated packing machines and related technology since 2007. This year has seen us bring that same technology "in house" meaning a greater control over convenience and quality of packaged medications.

During my visits to aged care homes and in the dispensary I often hear comments such as "Why do I need all of these medicines?" or "How can we cut down on polypharmacy?" In this issue, we spend a bit of time talking about the problem (polypharmacy) and a possible solution (deprescribing).

On behalf of the entire team at Gunn & McConville I would like to thank you for your support and wish you a very Merry Christmas and a healthy New Year. 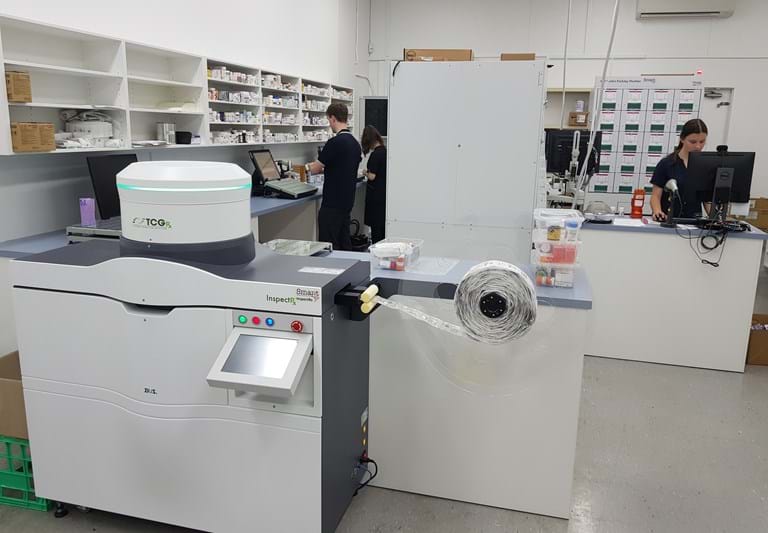 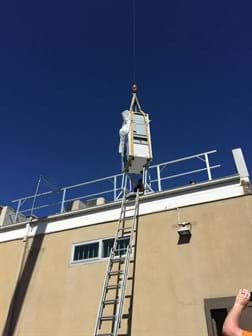 You may recall from our February newsletter, we started 'in-house' medication packing earlier this year.  As the year comes to a close, the number of packing machines has increased from one to two and they have been joined by a mediation imaging system.  All machines are now located on the ground floor in a purpose built facility next door to the pharmacy.

With just a few more interior touches to be completed before we invite you over for a celebratory drink, here a few photos of the story so far. You may recall we lifted our first ATP packing machine into the pharmacy earlier this year. Once our preferred space came up (an almost vacant supermarket next door) it was time to move him up and out!

As you can see, what goes in through the roof, must come out. We chose Grand Final Day to move our packing machine to it's new home.  We know that for some, grand final day can almost be a religous experience.  This photo does not necessarily prove the concept wrong!

Shelves and stock from the neighbouring supermarket gone, we began making the most of the ground floor space. Starting to take shape with some help from Willam Watesr shopfitters and the US/Australia partnership of TCGRx / MJB Smartmed.

My favourite photo of 2017! Our new Medication Imaging system in the foreground, the 2 ATP packing machines in place and plenty of room for the team!

Looking forward to sharing more of our 'tech' journey in 2018.

Polypharmacy. What is it and why is it a problem?

Polypharmacy is the concurrent use of multiple medications by a person.  The medications may be used to treat a single condition or co-existing conditions.  Multiple chronic conditions such as hypertension, heart disease, diabetes, mental health problems and joint pain are more prevalent in the "over-65s" so we tend to see these people having the most problems with polypharmacy.

Some studies have shown that seniors with three or more chronic conditions take an average of six prescription medications, and more than 30% of over-65s are believed to be taking at least one medication that is potentially inappropriate.

A recent article in "Medscape" feautred an interview with pharmacist Dr Barbara Farrell, University of Ottawa, Canada. Dr Farrell is a cofounder of the Canadian Deprescribing Network and a leader in this area of research.

Although the term "deprescribing" (defined as reviewing and identifying medications to be stopped, substituted, or reduced) first appeared in the literature in 2003, the problem of polypharmacy in the elderly has been recognized for 30 years, Dr Farrell points out. "People had been trying to raise the alarm all that time, but only in the past 4-5 years have we seen greater awareness of the increasing cost to the system, not just of the medication but also of treating adverse outcomes of medication use, including emergency department visits and hospitalizations caused by drugs," she explains.

Deprescribing has earned widespread attention because it is an active word, rather than a description of the problem (such as "polypharmacy"), Dr Farrell suggests. She stresses that deprescribing must be directed and supervised by a healthcare professional, at the same level of expertise as prescribing, and should not be confused with nonadherence or noncompliance.

The article goes on to reinforce the importance of regular medication review and using clinical guidelines that not only tell us how to start a drug but also how to stop it!

What medications are we talking about?

Drug adverse effects and/or reduced effectiveness, level of fraility and limited life expectancy are all factors to be considered in the deprescribing process.  It must be stressed that, where possible, this decision should be shared between the patient, their family, doctors, nursing staff and pharmacists.

Read all about us here: